You may have noticed that Caddy has a new logo:

You’ll still see the old logo in various graphics while we transition. For reference, here are some variations on the old logo: 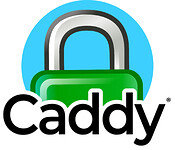 A new logo was needed for several reasons:

About the new logo

I’m not a profesional designer; I don’t know what I’m doing. So I started by throwing paint at the wall to see what stuck: 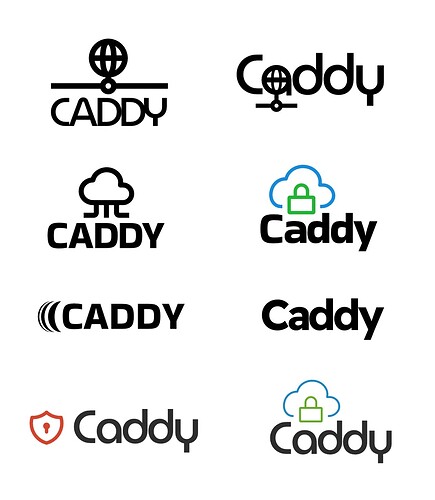 I tried a variety of styles from retro 80’s style logos to generic cloud and shield shapes. Not very exciting… in fact, the second variation down on the left originally looked more like a nuclear mushroom cloud when I extended the lines to span the wordmark, oops 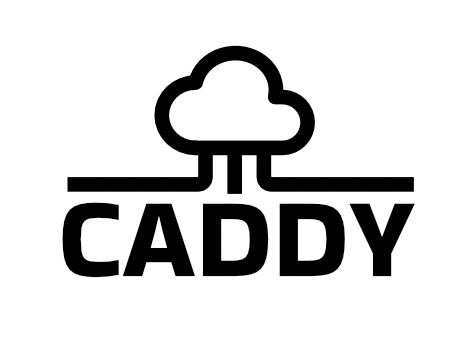 Shortening the lines was better, but that icon still looked too generic.

You can see there was some temptation to make the text look a lot like our current logo, which uses Montserrat, and to even change color schemes. But I think doing either of those things wouldn’t serve our brand very well. Changing colors felt too drastic; and the text needs a refresh to stand out slightly. (Montserrat is extremely popular.)

Finally, toward the bottom, I started to converge on a theme I liked: we keep the blue and green, the font is different and interesting, and there’s the iconic padlock encased by a cloud, which is relevant for environments Caddy is often deployed in. You can tell I debated between “thick and bold” or “thin and light”, which wasn’t quite decided at the time. Bold is nice for how powerful the software is, but a light motif reminds me of quick, nimble, and unbloated.

That typeface is called MuseoModerno, but I had to modify it.

When I showed that final variant (bottom-right) to the team, @francislavoie mentioned how non-native English speakers in particular might confuse the “y” with a “u”, as the y’s descender looks more like a cedilla and the shape is literally a “u” but with a line down the middle. This was a good point. I liked that the y reminds me of a tuning fork: a server that is well-tuned for its task. But, that was not important to me, so I set out to make a custom y that looks a little more like a y, and less like a tuning fork. I converted the letter to curves and did some node wrangling: 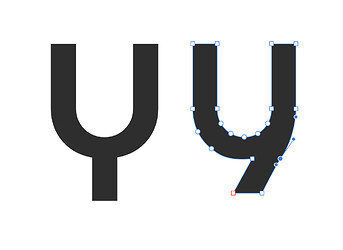 About this time, I decided to figure out icon and presented a few more variants to the team: 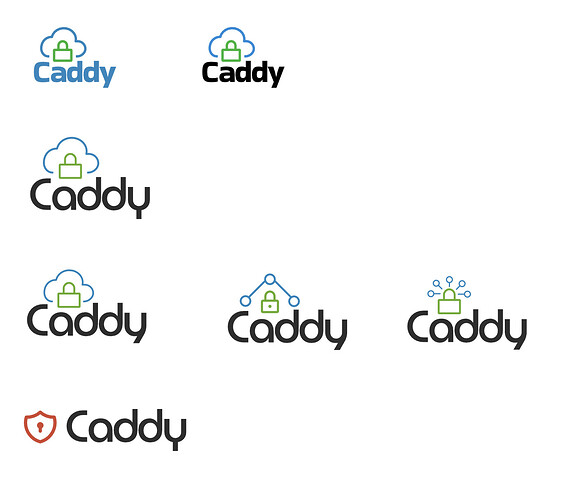 It was here we decided to go with the thin typeface (though I do still like the aesthetics of the bold, black-text logo at the top with the cloud+padlock over it – it just “fits” visually).

The cloud was one of my favorite icons because it is the de-facto standard icon for Internet services these days. But our team made some good points about clouds:

So I explored the idea of networks or links a little more literally by using circles connected by lines. The middle variant with the “roof” over the padlock makes it look like the network link is skirting around encryption and actually not secure (plus it looks weird). The last variant on that line looked like a bit of a rip-off of Let’s Encrypt’s logo (the “radiant lock”).

Additionally, the more I looked at the capital “C”, the weirder it looked. Frustrated with my attempts at cloud alternatives, I proposed a new variant reluctantly with the cloud, but also with a lower-case “c”:

I felt like this was getting close. The icon is visually pleasing and the meaning is conveyed pretty well, despite the flaws of the cloud, and the lower “c” was preferred.

At the same time, I made one last effort to ditch the cloud with a more literal icon:

But when someone asked, “What is it?” I knew that wasn’t the one. (I didn’t think it looked too bad though.)

I started to feel more confident about the custom “y” at this point too.

Even though the middle c is still slightly narrower than the other letters, it’s wider than the original, and the curvature is more consistent with the other letters than the stretched c at the bottom. Of all the tweaks or decisions about the logo, this is perhaps the one that was the most divided, or split about 50/50. In the end I just decided to keep the middle c as it has some visual charm and is technically more consistent.

Ok, cool. The wordmark was solved as far as I was concerned. Now for that pesky icon: what should it be?

I still liked the cloud+padlock look, but I experimented one more time with the idea of a node or network. Caddy is famous for encrypting connections. Instead of having a link between nodes go around the padlock, it should go through it. I came up with this very simple yet almost-3D icon (it’s original in the sense that I didn’t copy it from somewhere, though I doubt it’s hardly novel):

I was really liking where this was going. The c and y looked great, and the idea of a connection going through a lock from node to node was a satisfying way to convey our meaning.

With some feedback and ensuing discussion, I lined up 3 subtle variants: 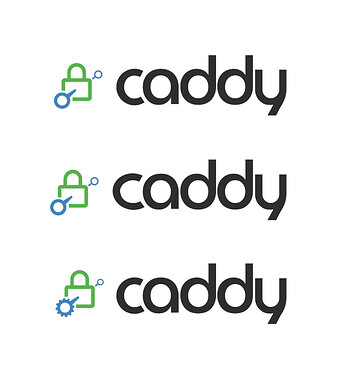 Top: Current candidate
Middle: Stretched c
Bottom: One of the nodes is a cog, representing automation (Caddy itself).

The cog received the most criticism; it’s hard to see when it’s smaller, and it looks a little “busy”. I tried a variation with fewer teeth, which looks less busy but it’s still had to see when small:

Plus, it kind of breaks the “node” or “network” symbology, as cogs aren’t typically used in network diagrams. I dunno, I still think it could have worked, but it isn’t really necessary: Caddy is less often a cog in the machine and more often the machine.

The last remaining feedback – from myself and others – was that it felt a bit “uncontained.” The old logo and the cloud icon both had a sense of boundary or its own space: containment.

Alright, so put it in a circle? I dunno, I’m a simple man and not really a graphic designer. The circle looked boring though. So I varied the stroke pressure and made it look like a bubble. This was more interesting:

But, it made the lines a little too small when the logo had to be small (like in favicon).

Eventually someone suggested we try having the link go through the bubble, not just the padlock; i.e. have the nodes outside the bubble:

Finally, @francislavoie made a clever suggestion:

After some tedious tweaking, I finally figured out how to make that work, and bingo. We got the logo we ended up with today (at the top of this post).

I’m quite pleased with it. We went through many iterations, and I am grateful for the many people – technical and non-technical – I interviewed to arrive at this one. I know sometimes people don’t like branding changes. I hope it will grow on you if you don’t like it yet

We may continue to make small tweaks here and there, but overall I think it will serve us well.

PS. Thanks, @IndeedNotJames, for this gem, as we hashed out the final iterations 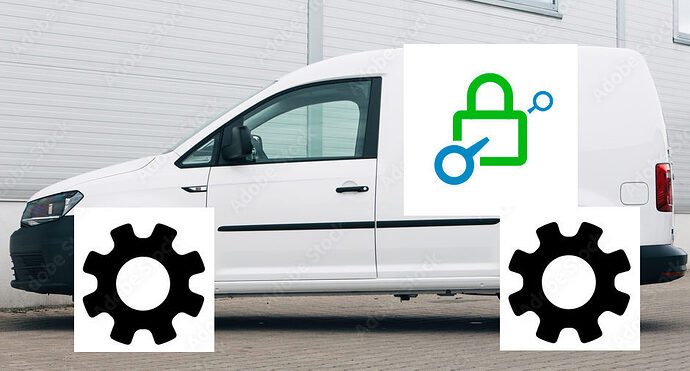 The new logo is great (and a clear improvement on the previous one). Well done and thanks for the interesting report detailing how it came about.