For context: the Caddy owners are also planning an official web UI for Caddy (but details are yet forthcoming).

I have enough ideas to build something useful and keep us busy, but would also be happy to take feedback from anyone what’s on their wishlist for a proper web UI.

Since I’ve been thinking about this project since I heard V2 was going to have a rest api this was my idea.

I’ve become quite the hand at quasar/vuejs, getting the css just right and writing custom components. So I’d be using them. One of the dynamic components I wrote makes it super flexible/easy to render json/nljson data into a form using a schema.

What Quasar is and how it can considerably reduce your development time and costs.

I write all my backend in nodejs. I’ve written my socket library (in nodejs) that uses json packets. My idea was to wrap the V2 rest api in the backend in a socket (server) and thus make all communication via websocket not REST. Maybe in the end that socket api version can be part of caddy project?

Since my library supports tcp sockets, web sockets, and mqtt and I typically work with sbcs and iot devices that already use my socket library I had ideas that those devices could register their own reverse proxy stanza to caddy via this socket interface (that supports mqtt as well).

here is frontend from my current project. I thought I can use my collection/doc/expanding form component for each stanza. Very easy then to (query/filter/sort) stanzas for add/modify/remove/ 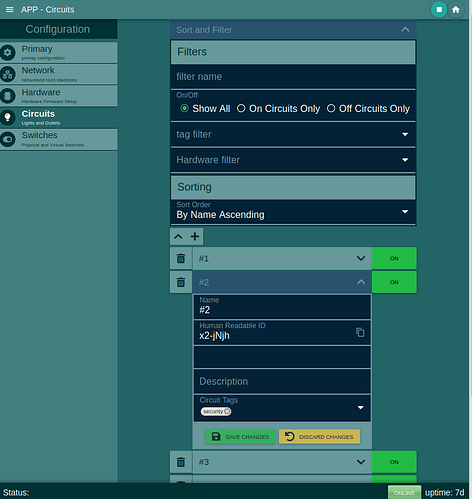 I am not famliar yet with the rest api nor its internals but for that api to work in my “stack” it would need a crud supporting db in the frontend that intergrates vuex. That would be a lot of work to write. In my projects I uses featherjs in the backend and feathers-vuex in the front end. That makes the interface you see fairly painless to implement. This would mean only having to write a feathersjs database adapter that uses the rest api as its data source. Overview | FeathersJS. That would be the wrapper I mentioned as featherjs already supports socket.io (web) for transport