How to achieve page access only by LAN, filemanager’s users page.

Currently used rewrite if {uri} has users to /status 403.

This way, the extranet cannot access.
How to differentiate only for this one page？

It looks like it allows you to specify a base path to work on, e.g. ipfilter /foo { ... }. Replace /foo with the folder you want to whitelist LAN access for.

The /foo section doesn’t operate on a file folder, it operates directly on the URI (the path).

So ipfilter /foo { ... } will affect any request from a client for a path such as /foo/bar/etc.

Thx for you help first. 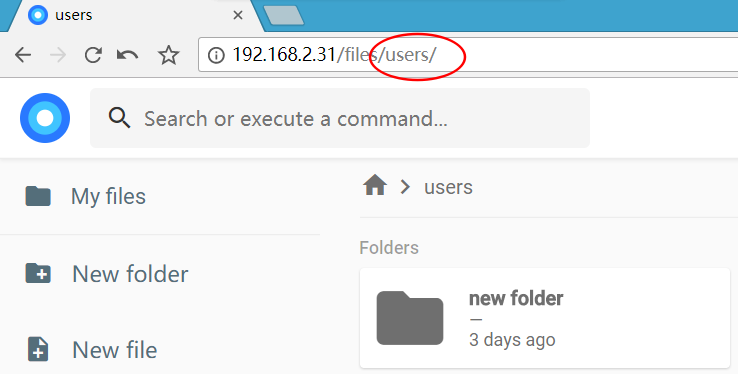 Ipfiles doesn’t seem to be running.

You’ve configured ipfilter to protect the /users folder, but your screenshots indicate that the path is not /users but actually /files/users.

Filemanager comes with the path “/files”, how to configured path of ipfilter.
This problem is bothering me, rewriteonly used uri has not used starts_with.

What address are you connecting from?

Successful. Thx for your help.

Filemanager internal request is not the same as the external display path.

This is a page I do not want to disable extranet access.
request uri=/api/users

It seems this plugin ipfilter can only use the path follows the domain in the URI. Only work on request uri,not display uri.

Specifically, the URI requested by the client; ipfilter operates before proxies or rewriting can occur, so it always operates on the initial URI received by Caddy.

For the security of the win server, wrote the following code:

Complex and tedious, Can it be streamlined?

If you’re after advice on that Caddyfile, here’s my two cents:

I am assuming, based on the things you’re trying to block, that you’re going to be running filemanager with access to your entire file system. This is a completely backwards way to secure any server, let alone a Windows server.

You wasted your time by writing that Caddyfile (which seems mostly copied from the app-specific Grav example Caddyfile) if you expect it to adequately protect your entire file system from an attacker.

My strong recommendation is to throw it all out, rethink your security strategy for file sharing (exposing everything and then scrambling to cover up exploitable content is insane), and start over with something simpler with a secure-by-default approach.

There are a number of inefficiencies such as the overuse of blanket {uri} has checks and unnecessary reliance on regex… But, generally speaking, there’s nothing in your Caddyfile that I expect not to function as you’ve written it.

I also think there is a problem with this method.
The plugin (filemanager) has too high permissions. It has a beautiful interface, It is easy to access, just only one password. It has one parameter:

scope is the path, relative or absolute, to the directory you want to browse in. Defaults to ./.

Someone will get admin password, then modify scope on the web page, someone can add and delete windows system folders.

I really don’t know which way is more reasonable.

Folder structure: C:…\Desktop\www\test, All the files needs to share are in test folder.

I feel this is a positive way. Please make some suggestions again. Thx so much.