Hey, I noticed HE implemented updating TXT DNS records with a different API key, and I need a wildcard cert which requires a DNS verification. What I’m wondering is do I have to figure out all the steps explained here…

Caddy 2 uses a new set of interfaces for its DNS provider APIs. While there is a shim to use all the existing old ones for now, the new APIs offer better performance, leaner builds, and more capabilities. We want all providers to be ported over to the new APIs as soon as possible. Since I do not have accounts with all DNS providers in the world, it’s up to the community to migrate to the new APIs and to maintain their implementations. This post will show you how!

or can I just implement a POST call to HE servers directly with the API key provided?
so far I have this repo 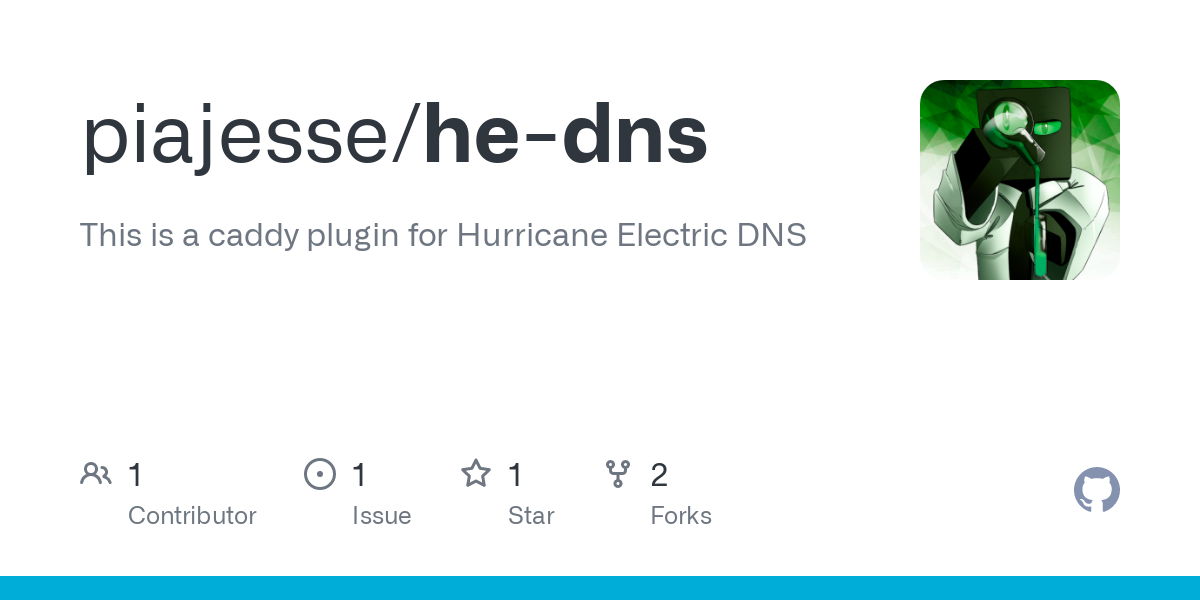 GitHub - piajesse/he-dns: This is a caddy plugin for Hurricane Electric DNS

This is a caddy plugin for Hurricane Electric DNS. Contribute to piajesse/he-dns development by creating an account on GitHub.

It’s preferable to have separate repos for the libdns implementation and the caddy config wrapper, because not all users of libdns are Caddy users (some other Go projects may want to use libdns plugins).

The libdns part is usually the tricky part, because that’s where you actually interface with the API of your provider. The caddy-dns part is just making Caddyfile and JSON configuration possible for that libdns plugin.

the problem is HE doesn’t really have an “API” you just fire a single curl command e.g.
https://dns.he.net/docs.html
I’m still trying to figure out how to at least trigger their new txt function with curl, so far no luck.

Well, that is an API, actually. A primitive one, but an API nonetheless.

Thanks for the help, I’ll take another look tomorrow and give it a try.

oh I noticed this
https://go-acme.github.io/lego/dns/hurricane/

how hard is this or a custom one to implement in the caddy docker container?

In that case you could use GitHub - caddy-dns/lego-deprecated: (DEPRECATED) DNS modules so Caddy can solve the ACME DNS challenge with over 75 providers which is a wrapper around the DNS providers from lego. Caddy used to use lego, but lego’s API had all kind of limitations that were deal-breakers for Caddy’s usecase so we had to fork and write a new ACME client implementation, and libdns to make it more flexible. Lego DNS providers can only be configured via environment variables, which is pretty awkward, and means only a single set of credentials can be used per DNS provider.

You can probably port the logic from the lego implementation to a libdns one.