I know you just launched it yesterday, but I gotta say the old caddyserver.com site was much better.

I was immediately psyched to try caddy the first time I came across the old website. I do love the software, but I would be much less likely to try caddy again based on the new website initial experience.

Hey Paul, sorry to hear you don’t like it. It’s the first I’ve heard this, actually! There are no broken links that I can find. Did you clear your cache? I spaced it and didn’t set cache-control headers like I should have. On a Mac, Cmd+Shift+R will do a hard refresh in Chrome. What does it look like for you?

Weird, looks great for me on Firefox on that same version.

Are you sure your cache is clear?

You are right! After Ctrl+F5 it works fine

Here are some screenshots. I’ll trying clearing my cache next. 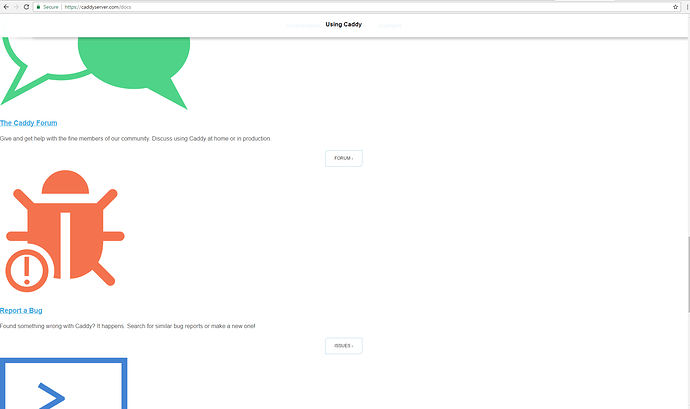 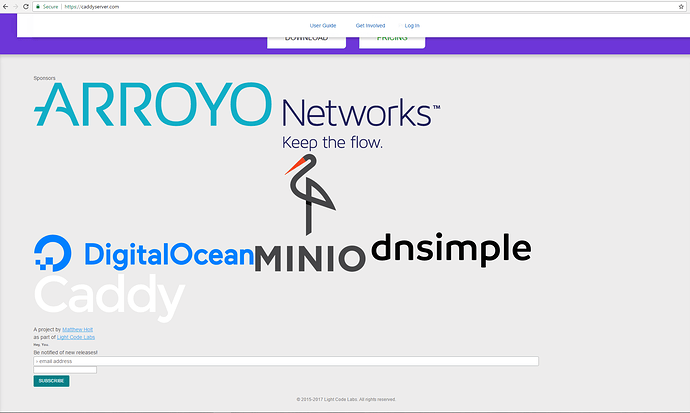 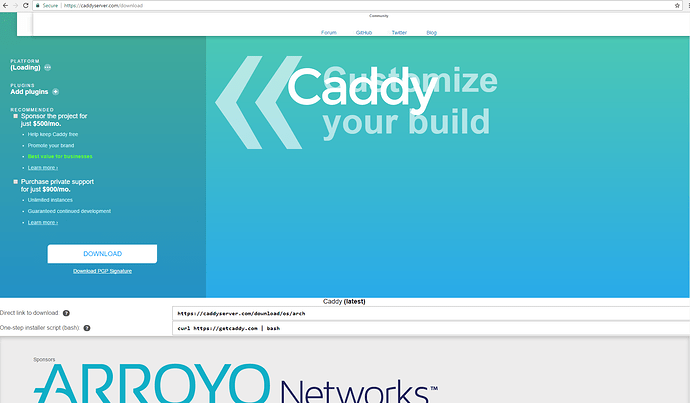 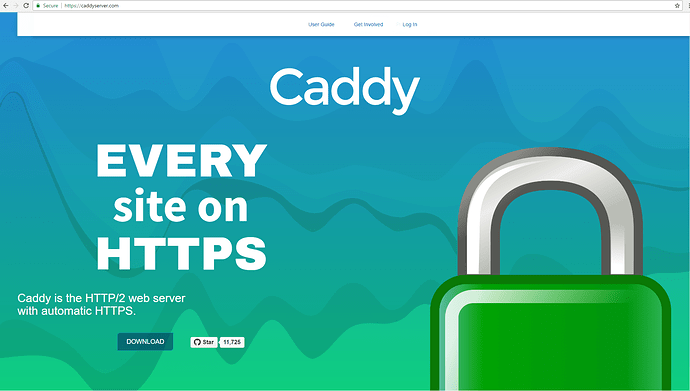 It is better with a cache reset (chrome).

edit: @matt missed your comment about the cache control headers… that should work too…

I think I agree the previous website looks simpler and I definitely prefer the old logo as well.

I think the old site looked more geared towards developers (more to the point and a bit more technical right off the bat), while the new one seems to be oriented more towards the manager type people at companies who would want to pay for Caddy - simpler and more sales-oriented.

I don’t really have a problem with the new site, I think it looks nice, the only thing I really don’t like is the new download page. I don’t think hiding the options/add-ons is a good move, it takes a lot more effort to browse the plugins and select the one(s) I need. I’d much rather have the old approach back with the 3 columns.

Oh, and maybe one other suggestion would be to rename the “user guide” menu link to “documentation”, cause it took me way too long to find the documentation the first time I visited the new site (“user guide” sounds more like “tutorial” to me).

Although I guess soulless is what you want if you’re targeting $$$ from companies.

I am sorry about the caching problems, I wasn’t thinking very well about client-side caches.

This new site is definitely in an improvement on the homepage, features page, and download pages where content has been refocused, cleaned up, and reorganized. People literally were leaving the old download page because they couldn’t figure out how to use it. So far I’ve seen better conversion on the new download page, so that’s good. The new homepage overall has good reviews because people’s first question is, “What’s the flow/feel of this server, how does it work?” And I think it does a decent job at making that apparent.

The docs need some cleaning up, I also agree, and I’ll get around to it. I have some ideas in mind to make better use of the wide space that’s available.

Yes, the site is geared more towards decision makers: those who have purchasing authority and decide which technology to use. The User Guide (which, maybe @woubuc is right, should be renamed to Documentation – I always felt like “User Guide” had a classier ring to it) is definitely geared more for developers and the technical crowd.

I’m actually quite impressed with the new download page, arguments related to information density aside. It’s now very clear where to go and what to do. I agree that it’s a bit less upfront for those of us who are already well versed in Caddy and know what we want - perhaps the layout could be reworked to show the list of plugins better. As it is, it does a great job showing the info and links to documentation for each one.