Honestly, why dont you guys just have your PKGBUILD download latest release from github via a shell script instead of building it from source, and have the source code version be called caddy2-git like the rest of programs built from source?

I’m also not really sure what you’re asking for here. My understanding of Arch is that packages are typically scripts for building from source on your own machine, but feel free to correct me if that’s not a correct assumption.

If you want to your own build, I recommend following the steps described here, using xcaddy:

you are half right, they are just scripts that define a package install method. This can be running a makefile and packaging it, or just downloading a binary and installing it,

All of the packages on the main repos, are prebuilt, so they are just a pkg.tar.gz file,
All of the packages on the AUR are a git repo with a pkgbuild file, which defines how do download and install the rest of it, this method allows the AUR to exist without having a whole new git service for people to use. they can jsut write a pkgbuild that downloads their repo, and builds.

Normally on the aur you have two types of packages, sourcecode and prebuilt,
most prebuilts are simply just downloading a prebuilt binary from somewhere (this can litterally be anywhere), and are titled package or package-bin

Sourcecode generally are titled package-git and compile the package on the machine itself, this is what the current aur package for caddy2 is,

I would reccomend getting the maintainer of the current aur package to seperate into caddy2-bin and caddy2-git
https://aur.archlinux.org/packages/caddy2/ 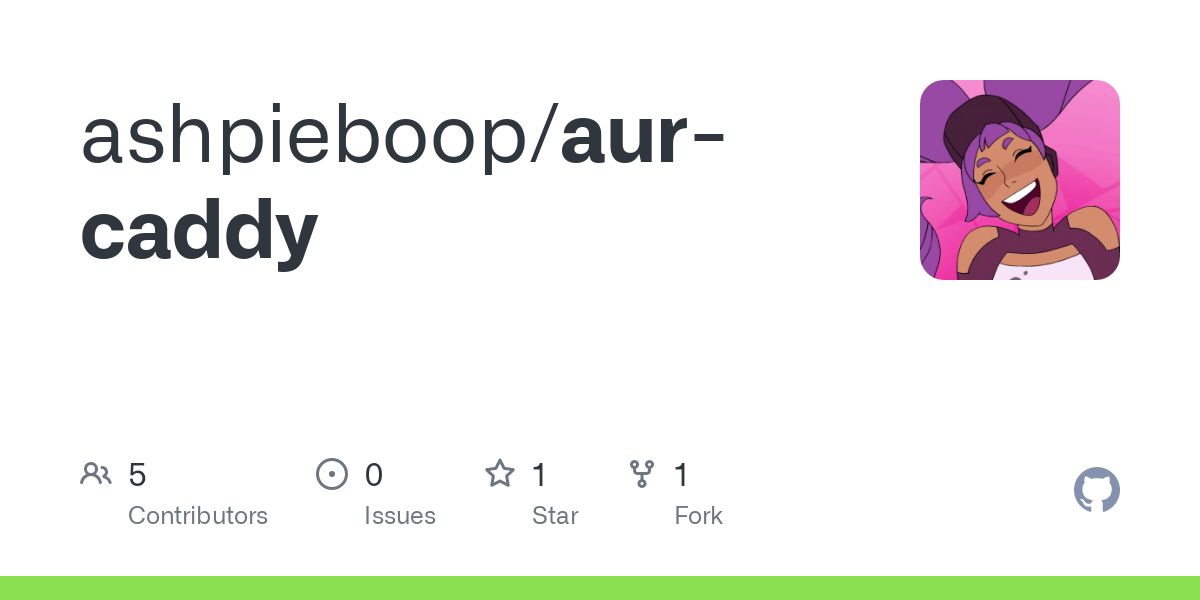 Contribute to ashpieboop/aur-caddy development by creating an account on GitHub.